INFO
Since making their debut on the imprint in 2013 with ‘Blue Aconite’, the Italian duo Hiver has released two more EPs on Curle; ‘Same Mistake Twice’ in 2015 and ‘Soundescence’ last year. Since the release of the latter mentioned EP, Hiver have been busy behind the booth, performing in the UK, China, Germany, Holland and, of course, in Italy, where they still hold a residency at DUDE Club.

Kicking off the EP is ‘Elipse’, a stunning four-minute track that nods to avant-garde artists such as Wolfgang Voigt’s GAS alias or Brian Eno, as the pair gradually weaves several layers of shining, atmospheric tones before slowly fading into the background.
Title-named track ‘Air Castles’ follows, with the tight selection of drums combined with the ebb and flow of soaring synths creating a melodic style of techno that has become synonymous with their name.
Next is ‘Aleutine’, a song that similarly blends Hiver’s characteristically ethereal, hazy synths alongside more vibrant analogue bleeps to great effect. These delicate synths are later given the chance to gleam as the track comes to a close.
Closing this excellent four-track EP is deep-groover ‘Leisure’, seeing Hiver up the tempo through their clever use of percussive elements, sharp synths and headstrong drums. 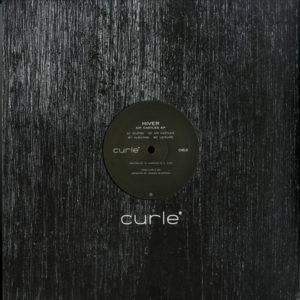