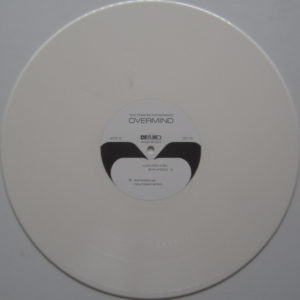 For the third release on De:tuned we proudly present The Kosmik Kommando AKA Mike Dred. Mike hardly needs an introduction; considered as one of the masters of the Roland TB-303 Mike has been releasing records under various aliases since the early 90s. He has recorded for high profile labels such as R&S and Rephlex as well as his own Machine Codes label. Together, with Aphex Twin, Mike was behind the Universal Indicator releases which are among the most collectible and sought after records in techno history.

De:tuned has worked closely with Mike to develop an 8 track project that gives props to the American Psychologist Timothy Leary and his proposed theory of ‘The Eight-Circuit Model of Consciousness’. This model describes 8 circuits of information that operate within the human nervous system. Each circuit refers to a different sphere of activity, enhanced by experimentation with a particular substance. Each circuit also represents a higher stage of evolution than the one before it and the higher the circuit, the fewer the people have activated it as the higher four circuits exist for those who migrate to outer space and live extraterrestrially.

The 8 Models are applied to the track titles that present a varied collection integrating acid house, techno, electro and rave culture.

3 of the tracks on offer here were written exclusively for Mike’s live performance at the De:tuned ‘Meeting of Minds’ event in June 2012, which was Mike’s first full live show in 3 years.

This 8 track project will be available on limited 180 gr white double vinyl with label and sleeve artwork by Mike himself. Stay Tuned!